The book provides an insight into the eternal duality, the imbalance between lies and truth, good and evil, love and violence, etc.
The imbalance will be restored in the next phase of the history of humanity (the reinstatement of Dharma). Because of this, unity and love as truth will be initiated in the collective unconscious of humanity. That will cause the great changes on the way to peace, of which we as humanity have been waiting for so long, and have been journeying towards for ages.

'The hidden Task of the Divine Mother' explains the connection between ancient Christian Theology and Esotericism.

Her Task describes the esoteric history of humanity from the time of the primeval-fight between the gods, when the eternal conflict model came into existence and was made permanent. The Divine Truth of pure Love was banished forever to the outer layers of darkness through violence and oppression.
This exile of the Divine Light and the Truth led to the creation of the cosmic unconscious (the darkest power constellation), through which it became impossible for humanity to establish peace on Earth to this day. 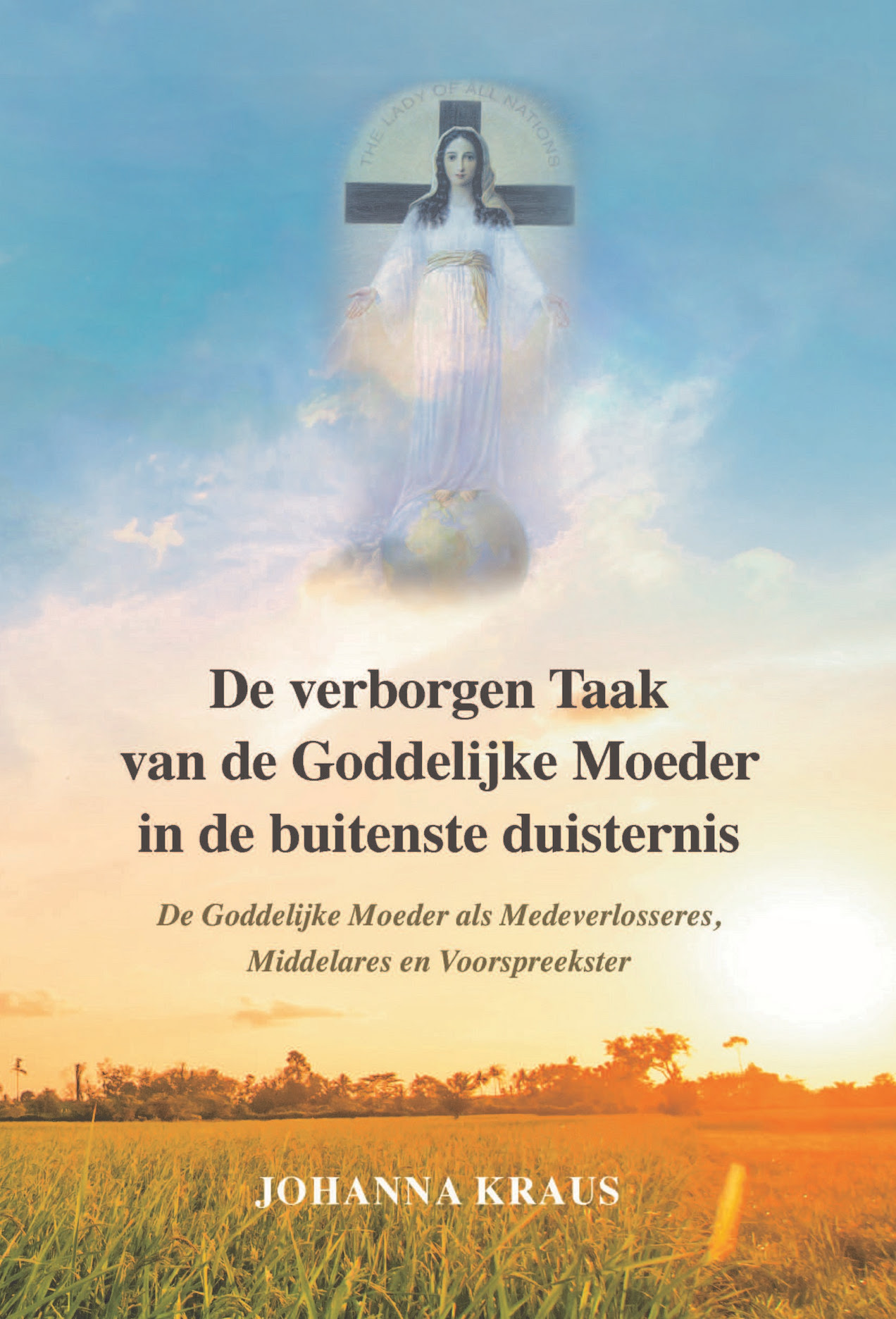 The contents of this book are about the disempowerment of the cause of this eternal conflict model in the hidden Task of the Divine Mother and Her light bearers. On the basis of the Marian Apparitions Johanna explains the deep significance of the Divine Mother’s messages of preparation for the whole of humanity.

This hidden Task shows a hitherto unknown theological meaning of the Life of Jesus and the Sacrifice of Jesus. Johanna underpins bright and clear, that the Divine Mother, in unity with the Divine Father, and Her son Jesus have been working together eternally for the final redemption of all mankind. In this book it becomes clear that the Divine Mother - the mother of Jesus "who was once Mary" – should be perceived and acknowledged as Coredemptrix for the whole of humanity from now on. Only then She says in Her apparitions, can there be peace on Earth.

Johanna explains, that to be able to restore peace - in addition to the key to peace that the Divine Mother is offering - it is essential for every human being to discover the five human values (love, peace, truth, right conduct and non-violence) and integrate them in every aspect of life to be able to individually and collectively establish peace on Earth.

The Divine Father and the Divine Mother, a unity of perfect equality, will now bring back Love as the prevailing norm on Earth.

The forever suppressed, feminine aspect of God will make her entry into this world as unconditional and non-violent Love via the collective unconscious through the publication of the hidden Task of the Divine Mother.

Because of this, the prevailing and oppressive violence of the lie as the truth will be transformed by the from origin divine man – step by step – in order to build a new world in a constructive way. From now on a new heaven and a new Earth are making their way to every person of goodwill choosing for peace on Earth, in unity and supported by the Divine Father and Mother.

Johanna shows the fruit of the path when Christianity is lived and practiced in full. This book is the sequel to the work of Rudolf Steiner and Carl Gustav Jung.

It is a book, a document, that can stand the test of future centuries. It gives an insight into the individual realisation of love and wholeness in man and world.

It is a book that can be regarded as a personal gift from God to everyone who reads it.

This website uses cookies to improve your experience while you navigate through the website. Out of these, the cookies that are categorized as necessary are stored on your browser as they are essential for the working of basic functionalities of the website. We also use third-party cookies that help us analyze and understand how you use this website. These cookies will be stored in your browser only with your consent. You also have the option to opt-out of these cookies. But opting out of some of these cookies may affect your browsing experience.
Necessary Altijd ingeschakeld
Necessary cookies are absolutely essential for the website to function properly. This category only includes cookies that ensures basic functionalities and security features of the website. These cookies do not store any personal information.
Non-necessary
Any cookies that may not be particularly necessary for the website to function and is used specifically to collect user personal data via analytics, ads, other embedded contents are termed as non-necessary cookies. It is mandatory to procure user consent prior to running these cookies on your website.
OPSLAAN & ACCEPTEREN